Last week I attended the PyData London conference, where I gave a talk about Bayesian optimization. The talk was based on my previous post on using scikit-learn to implement these kind of algorithms. The main points I wanted to get across in my talk were

I have uploaded the slides to GitHub, and you can find them here.

It seems that there is interest in using these optimization methods, but that there are still a lot of difficulties in properly applying these algorithms. Especially the fact that you need to tune the optimization algorithm itself makes it non-trivial to apply these successfully in practice.

In my talk, there was not a lot of time to dive into some of the more production-ready software packages for sequential model-based optimization algorithms. Lately, I spent some time working with the package hyperopt1, and its API is actually easy to use. It is also straightforward to make hyperopt work with scikit-learn estimators. By treating the model type as a hyperparameter, we can even build an optimization that not only optimizes the hyperparameters of a model, but also the type of model itself.

To understand the API of hyperopt, I’ll show how you can use hyperopt to tune a machine learning model, on an artificial data set. 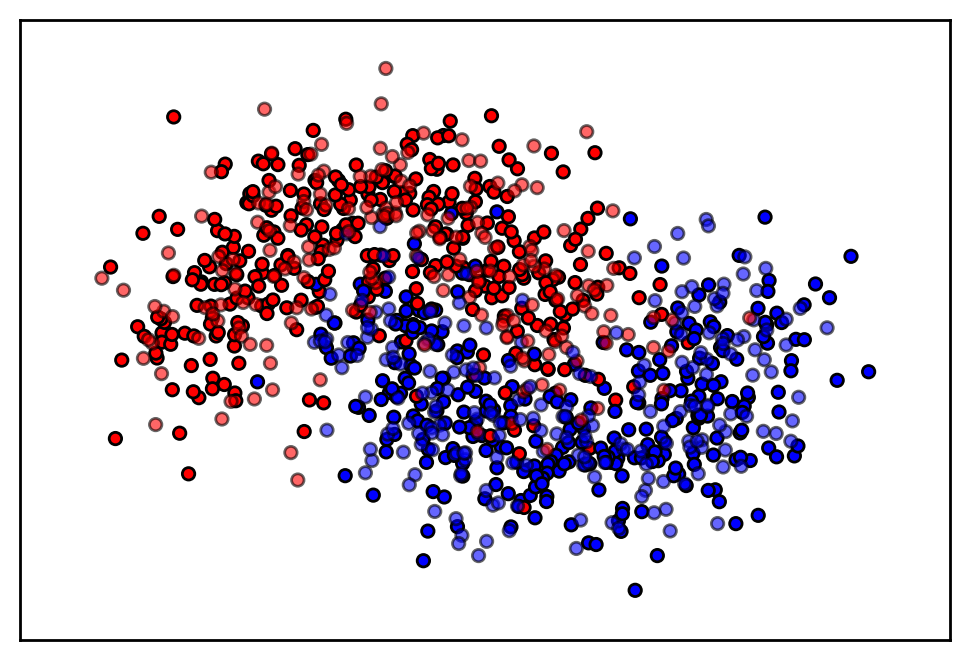 The goal is to estimate a classifier that can classify each sample into the correct group. We can use hyperopt to select both the optimal model, as well as the optimal parameters of the model. We need to give hyperopt the following:

For the current use case, let’s say we want to decide between a k-nearest neighbors classifier, a support vector machine, and a gaussian process classifier.

The search space for hyperopt is similar to the search space in scikit-learn, and can be implemented by using either a list, or a dictionary. To build the search space, we will use hyperopts pchoice function, to tell hyperopt that we want to choose between different types of models.

The above piece of code introduces multiple concepts from hyperopt:

Note that, we could also have used the cross-validated accuracy score instead of the accuracy on a single hold-out set here.

Finally, hyperopt provides a function fmin that does the actual optimization. To get the optimal set of parameters, you simply call it as follows

In this case, hyperopt tells us that the optimal model is an SVM with RBF kernel, which shows a nice fit on the data set 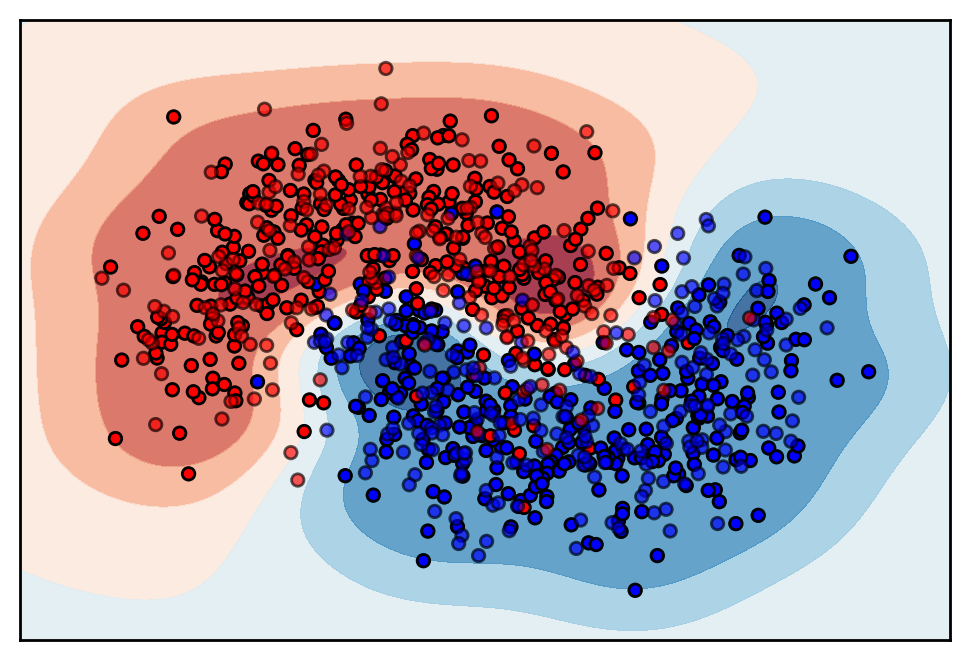 I’ve compiled the above code into a notebook that you can find here. I highly recommend reading the hyperopt paper1, if you want to get a better understanding of how hyperopt works.